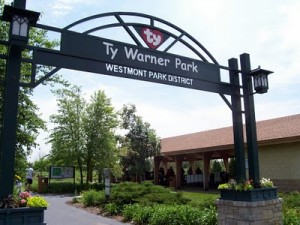 Immediately east of Downers Grove is the Village of Westmont, a community of six square miles in located 19 miles west of the Chicago Loop.

Westmont’s downtown is centered along on Cass Avenue and includes some interesting storefronts.  The Village has seen tremendous retail growth over the last decade and includes the commercial district along Ogden Avenue from Williams to Route 83.

Home to one of the most affordable communities in the area, Westmont offers a wide range of housing options from new construction single family to mature homes to condos and apartments.  The larger retail base allows Westmont to fund many services for its citizens and offer plenty of parks.  The newest park is the very popular Ty Warner Park, located just north of Ogden Avenue.  This park includes a splash pad, many ball fields, running track, tennis courts and much more attracting residents from neighboring communities as well.

The name Westmont came from the town being at the highest point of elevation on the BNSF Metra line west of Chicago.  From the Westmont train station, Metra offers a 30-minute commute into Chicago.

Quickly accessible from I-355, I-88, I-55 I-294, Westmont offers fast and convenient pathways to the Chicago Loop, the better part of suburban Chicago, and both Midway (25 min) and O’Hare (25 min) airports.