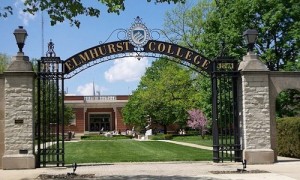 Members of the Potawatomi Native American people, who settled along Salt Creek just south of where the city would develop, are the earliest known settlers of the Elmhurst area. Around 1836, European-American immigrants settled on tracts of land along the same creek. At what would become Elmhurst City Centre, a native of Ohio named Gerry Bates established a community on a tract of “treeless land” in 1842. The following year, Hill Cottage Tavern opened where St. Charles Road and Cottage Hill Avenue presently intersect. In 1845, the community was officially named Cottage Hill when a post office was established. Four years later the Galena and Chicago Union Railroad was given right-of-way through Cottage Hill giving farmers easier access to Chicago. The community changed its name to Elmhurst in 1869.The legal boundaries are from St. Charles Road to North Avenue, and one half mile west and mile east of York Street.

Elmhurst is full of culture, which consists of the Elmhurst Symphony Orchestra, The Elmhurst Choral Union the Elmhurst Art Museum. The museum was named the “Best Suburban Art Museum in Chicago” by Chicago Magazine. The museum provides a center for visual arts, activities for the entire family and a variety of exhibitions and events. Part of the museum is the former Robert H McCormick residence, designed by Mies van der Rohe. After going to the museum, stroll around the beautiful downtown area where there are many boutiques, a movie theatre and a wide variety of exceptional restaurants to choose from.

The Elmhurst Park District consists of 468 acres, encompassing 28 parks. Featuring 18 playgrounds, 12 picnic areas, 68 athletic fields, and 5.5 miles of trail, each park has its own unique uses and amenities. With everything from tree-lined trails to passive open space, you will find a park that’s yours, whether you want to play a game of catch, take a long walk, have an impromptu picnic, or just relax and dream.